As one of the biggest media markets in Asia, China has long been a target for Aussie rules as authorities look to spread the sport abroad to new nations. Given the large Chinese population and their well-established enthusiasm for many different sports, they would seem to have a fertile ground for a grassroots footy following.

China has embraced footy at a breakneck pace, as the first recorded game of Aussie rules was played only 13 years ago. The Beijing Bombers – a team made up of Aussie ex-pats in the Chinese capital – were established in 2004. They eventually grew a big-enough audience to help kickstart a local competition with three other teams in the Beijing area. In more recent times, the cities of Shanghai, Dongguan, and Guangzhou have also started up local footy clubs. Some other smaller cities , such as Xinjiang and Suzhou, currently lack any senior level footy competitions, but have a history of supporting teams at the junior level in local schools. 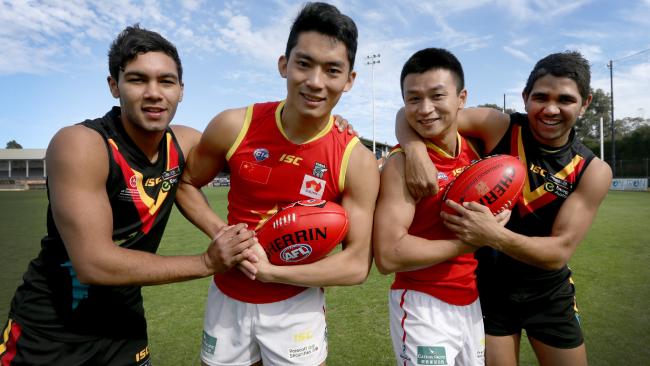 It’s clear that mainland China has taken a liking to Aussie rules, but both Macau and Hong Kong have also embraced the sport. Footy was first played in Hong Kong back in 1990, while Macau footballers first competed in 2009. The Hong Kong Dragons are one of Asia’s most successful teams, regularly participating in major city tournaments and also boasting a strong Auskick program for kids.

In 2005, Tianjin (a sister city of Melbourne) began to organize a competition through the Tianjin Normal University. This was largely due to the efforts of the AFL (via the Melbourne Football Club) and the former Lord Mayor of Melbourne, John So, a Chinese Australian who was born in Hong Kong.

China’s national team is known as the Red Demons and consists entirely of Chinese nationals. They have played at the 2008, 2011, and 2014 International Cups and made their way up to the Division II level in 2011, where they beat India, but lost to Fiji and the joint Israeli-Palestinian team. In 2014, the Red Demons returned to Australian shores and finished in fourth place with a nice win over Finland and losses to Canada and New Zealand. 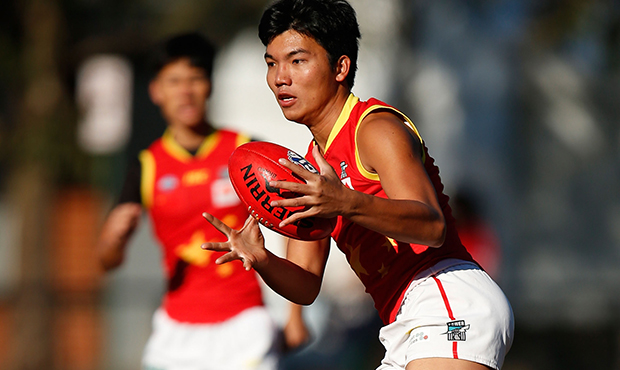 Back on the the mainland, there has been growth in promoting Aussie rules as both a spectator sport and a participation sport. In 2010, an exhibition AFL match was held at Jiangwan Stadium in Shanghai, drawing an impressive crowd; the following year, a Chinese AFL academy was founded, too. While other areas of Asia have seen more immediate success in terms of establishing footy as a major enterprise, there is still much potential with China, primarily due to the Aussie expat influence, as well as increased TV exposure.

And coming up very soon – on Sunday, May 14th, 2017 – the AFL will return to Shanghai when the city will host the first ever AFL premiership match outside of Oceania. The Port Adelaide Power will take on the Gold Coast Suns at Jiangwan Stadium; AFL officials have already stated that the game has been sold out, and are optimistic that a game in China could become an annual occurrence.

CHINESE IN THE AFL

One thought on “FOOTY AROUND THE WORLD: China”

This site uses Akismet to reduce spam. Learn how your comment data is processed.